SRINAGAR, KASHMIR, INDIA – JANUARY 14: A Kashmiri Muslim girl takes part in a religious procession during Eid-e-Milad , or the birth anniversary of Prophet Mohammad on January 14, 2014 in Srinagar, the summer capital of Indian administered Kashmir, India. Thousands of Muslims from all over Kashmir visit the Hazratbal shrine in Srinagar to pay obeisance on the Eid-e-Milad, or the birth anniversary of Prophet Mohammed. The shrine is highly revered by Kashmiri Muslims as it is believed to house a holy relic of the Prophet Mohammed, which is displayed to the devotees on important Islamic days such as the Eid- Milad. (Photo by Yawar Nazir/Getty Images) 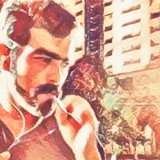 Blogger, amateur writter, father of one. Originally Catholic, always Gnostic. Upwards to the Light, yet unclean.